Music and the moving image: a marriage of equals?

Music and the moving image are seemingly linked at an almost genetic level. But is it a one-sided relationship? Does the use of classical music and opera in films and TV enhance the medium or is it merely a cynical ploy to add quality to otherwise low standard productions? 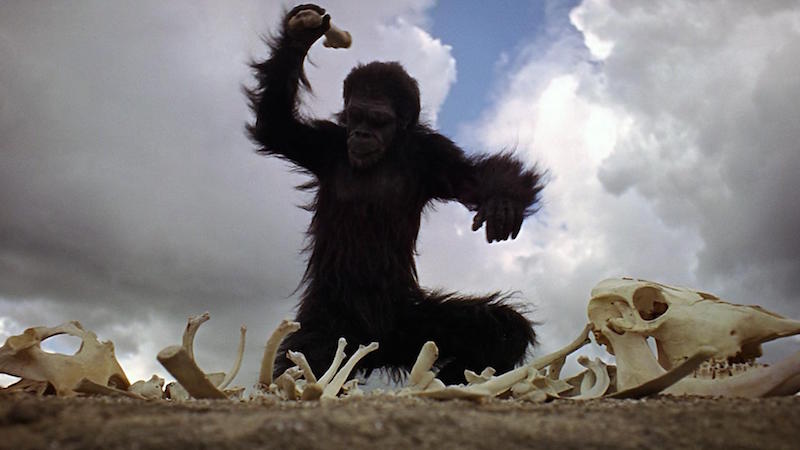 Of course, the answer is never a simple 'yes' or 'no', but a more realistic 'sometimes'. As in any relationship, when the chemistry works, it's spectacular, but a limp film can rarely be coaxed back into life with a great score.

The film production machine latched upon classical music from the first flickerings of cinema and the relationship has latterly become more symbiotic as the familiar strains of a classical score such as Richard Strauss' Also sprach Zarathustrabecomes inextricably linked to the film in which it appears – Stanley Kubrick's 2001: A Space Odyssey (1968) (remember the ancestral apes discovering 'tools' to the dramatic dum-dum, dum-dum, dum-dum of the timpanis). Conversely, the film catapulted Strauss' score into the public domain – though most people will know it as the 'space' music from that odd film about apes bashing bones, rather than the composer's interpretation ofFriedrich Nietzsche's philosophical novel.

Music and image in harmony

Some films are blessed with a sublime script, unforgettable direction and talented actors working at their peak. Add a score which accentuates the dramatic, amplifies emotion and enhances the spectacle and you have created a 'classic'.

As Trevor Howard's virtuous doctor becomes smitten with Celia Johnson's bored housewife in Brief Encounter (1945, director David Lean), the doomed relationship is played out to the strains of Rachmaninov's Piano Concerto No. 2, heightening the tension in their weekly railway station liaison and ensuring the final parting of the 'lovers' is burned into cinematic history.

Spool forward 34 years and Francis Ford Coppola effectively reinvents Richard Wagner's Ritt der Walküren (The Ride of the Valkyrie) for a new generation in Apocalypse Now (1979). No longer does the score accompany the Valkyrie sisters on their hunt for lost heroes, it now signals the impending violence set to be unleashed on a Vietnamese village by Black Hawk helicopter gunships. Again, film takes music and gives it a second life.

In John Boorman's Arthurian epic Excalibur (1981), the dramatic chords of Carl Orff's O Fortuna, from Carmina Burana, herald the Lady of the Lake as her hand breaks the surface of the water to hold forth the legendary sword. Such is the power of the association with moving pictures, Orff's score has become the standard for dramatic entrances.

Though widely panned by critics, James Bond's 22nd outing, Quantum of Solace (2008), contains all the ingredients fans expect – fast cars, faster women and bone-crunching fight scenes. However, director Marc Forster takes the opportunity to choreograph an otherwise routine fight sequence at the opera in Bregenz, Austria, transforming it into an almost balletic passage devoid of sound effects, instead overlaying the scene with Giacomo Puccini's menacing score from Tosca.

The outwardly perfect marriage of music and screen falls down in the corporate world of advertising. The rough treatment and dumbing down of opera for commercial use and the cynical use of classical music to motivate the populous to spend is merely subverting the form.

Caricatured opera singers warbling thinly disguised sales messages and misplaced classical favourites masquerading as branded aural billboards do nothing to popularise or entertain. However, in the 70s, 80s and 90s, some TV adverts became as known for their classical soundtrack as for the product they are attempting to flog. The Hovis ad featuring a brass band version of Largo from Dvořák's Symphony No. 9 (the New World Symphony), Bach's Air on the G String from the Hamlet cigar adverts, and another use of Orff's O Fortuna in the Old Spice 'surfing' ad were all classics of the era.

For a younger audience, the visually striking ad for HP's TouchSmart PC featured paper 'fireworks' accompanied by Summer from Vivaldi's Four Seasons, while credit card firm American Express used the Prelude from Bach's Cello Suite No. 1 (in G major, BWV 1007) to highlight the sad and smiling faces seen in everyday objects. Tech heavyweight Microsoft embraced the classical genre for the launch of the Windows Phone 7, setting its ad to a sampled version of In the Hall of the Mountain King from Peer Gynt by Grieg.

Returning to the original question – is the relationship between music and the moving image one-sided? The answer has to be 'no', but only when the music lifts the moving image to greater heights than the visual image can perform alone.

Looking at the relationship another way, the moving image has given classical music and opera a new lease of life, introducing it to new audiences, who may never have attended, or thought of attending a classical concert or opera performance. As with all the most successful relationships, parity of power makes for the most harmonious partnerships.